A House Made of Nebraska Marble

It seems like months since I've published a blog post, but my calendar says that my Tuscan Villa Grand Finale was published only six weeks ago! I had planned to take a somewhat short break from miniature construction before starting my next project, but the break felt a lot better than I thought it would, so I've managed to drag it on and on. I've accomplished a multitude of things that have nothing to do with miniatures, and that felt good too. But now I have that itchy tingle in my fingers and the distractions in my mind that tell me it's time to start shrinking my world again.

I've known for a long time that my next miniature build would be a Nebraska Sod House. Actually, I started building a soddy more than twenty years ago but became overwhelmed at creating the sod blocks - and overwhelmed at the amount of work space that I would need to create them. I set that project aside and moved on, but I never entirely gave up the idea. Now I have a simpler construction plan and more work space - so the sod house is an idea whose time has come.

Although I know that I'm going to build a sod house, I haven't yet decided exactly how I'm going to go about building it. I've done much research, and the finished sod house is held firmly in my mind. But I'm experimenting to find the right materials to use for the construction, so this post is just to introduce my intentions and show my exploration into possibilities and probabilities. 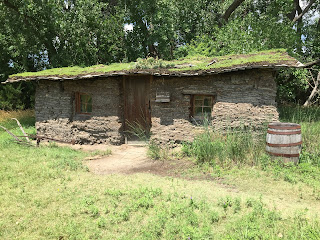 This tiny sod house in Nebraska is a long way and a far cry from the Tuscan villa that I just finished! The soddy is located at the Sod House Museum in Gothenburg, Nebraska. 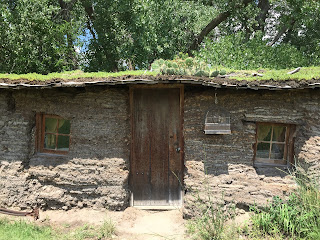 This sod house has been here for a long time; mine won't be quite so settled and worn - but old dirt is still old dirt! I like the cactus cluster growing on the roof. 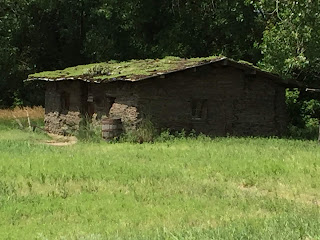 The setting here is a bit more lush than the "treeless plains" that would have originally and realistically surrounded the house. 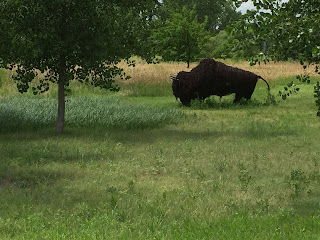 This bison is a full-size wire sculpture at the museum. The roaming buffalo are gone - but the memory of their majesty lives on. 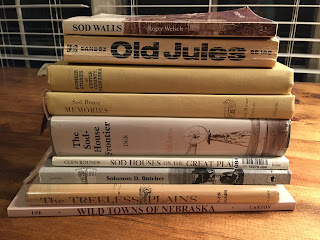 These are my research tools; I've had most of the books for twenty-plus years, but a few are recent additions. 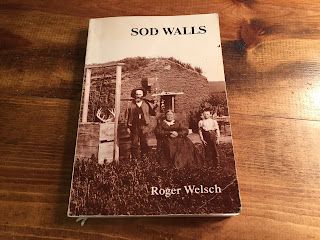 I bought this book to research my first attempt at building a sod house; it's still the most instructive and informative of the lot and makes me want to build a Real Life soddy along with the miniature version! 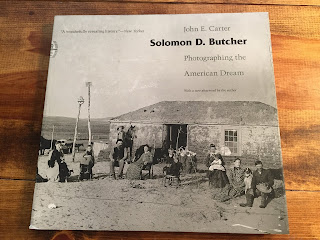 Solomon D. Butcher traveled extensively in Nebraska, photographing homesteaders during the 1880s and 1890s. His photographs are an inspiration and make Nebraska pioneering history come alive. 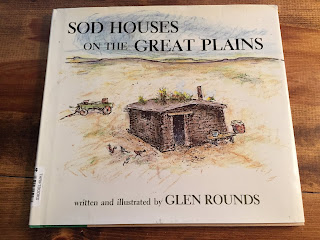 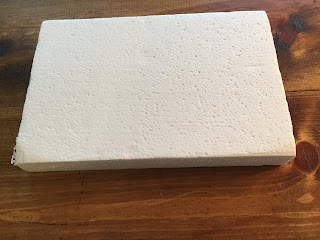 Prairie sod, or "Nebraska Marble," was used out of desperation as a last-ditch building material by homesteaders on the Nebraska plains, where trees or stones were rarely to be found. Sort of the way I use styrofoam as a last-ditch material because even though wood is plentiful in Lincoln, it requires more skill than I possess. So styrofoam will be the building material of choice for my soddy's core construction. 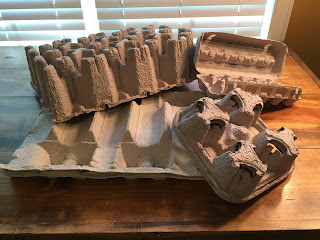 To give texture to the "sod" blocks that I need, I've looked at several options. The texture of cardboard egg cartons may not be pronounced enough, but I found that wine crate packaging is sturdy and well textured, as are cardboard drink holders. The drink holders, however, don't have much usable surface - which is a drawback to the egg cartons as well. If I use the textured cardboard, I'll construct the walls from styrofoam and glue on strips of cardboard to resemble sod blocks. In the construction of a sod house, the blocks were laid in double rows to make the walls approximately 2 to 3 feet thick. 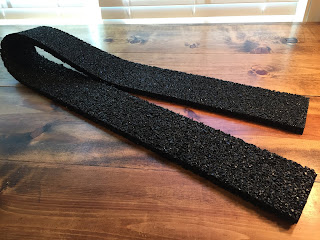 This is probably the optimal material, and I hope to use it for the sod blocks instead of the textured cardboard. I was so excited to find it that I didn't pay attention to what the product is called or what it's supposed to be used for. But I do know that it's a rubber-like material that's as tough (almost) as nails. I couldn't cut it with a knife, so I'll need to use a saw with a thin blade. This mystery material is the right thickness - sod blocks were 4" to 6" thick. They were cut 12" to 18" wide and 36" long and laid in the same way as bricks. Each sod block weighed about 50 pounds, so building a sod house was no easy task! But I especially like the texture of this material and the easy-to-handle strips that are 5 feet long and 4 inches wide. I have to experiment with painting the strips to achieve a taupe/gray/tan variation in color. If I use this material, I'll erect inner walls using styrofoam sheets, then lay blocks of this material as the outer sod block wall, rather than cut the hundreds of extra blocks for the inner wall. 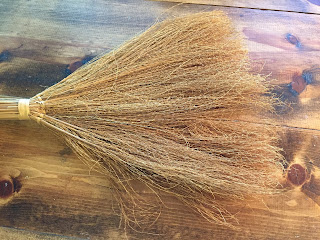 I've also found several variations of prairie "grass" that will be glued to each sod block. I can, of course, try to use real dried grass, but so far I've seen only green grass, and I'd have to wait for it to dry and change color. This broom was in my stash and looks similar to dried grass, but it might not be flexible enough. When it's cut into very short lengths, it's likely to stick straight out instead of bending. That may be true of real grass as well. 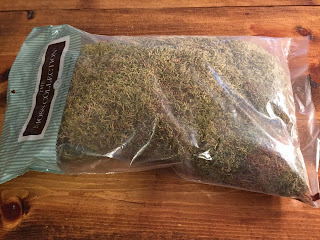 This bag of vari-colored dried moss from Hobby Lobby has potential, but it may be too "curly" to  replicate wild prairie grass. 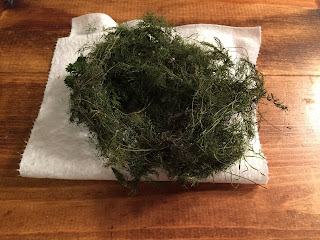 I picked up this bunch of something like seaweed from the shore of the lake where Robert was kayaking. It's too green, but I'm waiting to see whether it will turn a nice golden brown. 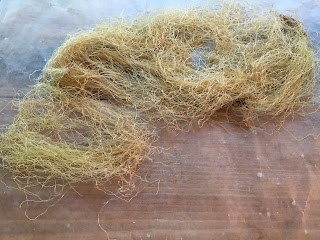 This is probably the perfect material to replicate the prairie grass that I need. I discovered it by accident when Robert bought some ears of corn at the store. Corn silk! Golden, light weight, flexible, easy to come by. I just have to let it dry out thoroughly. If it works as a grass substitute, we're going to be eating lots of corn for a while!


I've come this far in my plans for the sod house, but the experimental phase will last a while longer. Then there's a floor plan to draw up; that won't be a demanding job, since there will be only one room in the soddy! But I will need to decide on the size, which I think will measure 14 by 16 inches on the inside, with a 20 by 22 inch exterior size. I'm still working on that decision, which must be made before I can cut and prepare the base board for the house. I'll also need to decide on the door, window, and chimney placement. This house will be the first that I've built that will be open in the back, thus making it possible - at last! - to have a front door and front windows. The completed soddy has a place reserved for it in our Nebraska Sandhills home, and it will rest on a centrally-located table, which will allow it to be viewed from all sides. I'm excited about that! I'm also excited to get started with the actual construction of this soddy, but I'm going to patiently plod along with the preliminary steps. I'll be back when I have some actual progress to show!

I hope you're enjoying your summer - I'm wishing you a long and lazy one.
31 comments: