The French Farmhouse: Memories Are Made of This


Marcel and Lisbette Filibert, with their son, Etienne, live in a 140-year-old farmhouse in the Provence region of France. The house was built in 1713 and has remained in the same family since then. Now, in the year 1853, three of their children have married and are living elsewhere. Etienne, at 14 years of age, is well grown and able to assume a fair portion of the farm's work load, so that Marcel and Lisbette have a certain amount of time - a small amount - away from their labors.

On this particular day, they have time to walk together through the different areas of their home and  reminisce about their years together. They enjoy discussing some of the features of their  farmhouse as well as the furnishings that have been passed down from one generation to the next. Farmers on smallholdings such as theirs cannot often afford to follow new innovations. Much repair and refurbishing is necessary as possessions become more and more worn through years of use. Marcel and Lisbette are thankful for what they have and don't begrudge the hours of labor necessary to maintain their home. 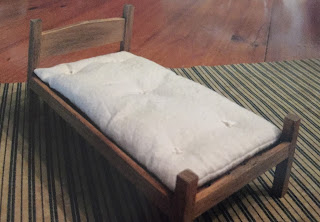 This plain single bed belongs to Etienne, who sleeps in a small room at one end of the barn so that he can keep an eye on the animals during the night. 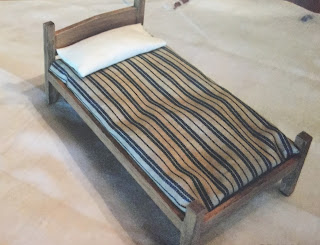 Etienne's bed has a simple coverlet made by his mother from durable, rough cloth. 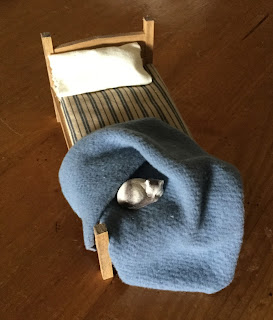 He also has a warm blanket for his bed that the farm cat appreciates as much as Etienne does. 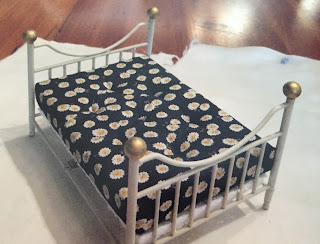 This is the only new piece of furniture that the family owns. It was purchased by Marcel as a gift for Lisbette. It was a gift of love but also of necessity. Marcel and Lisbette's 19-year old daughter, Tesse,  had claim to the only bedroom in the house, as is customary for the daughters of a farm household. Tesse recently married Henri, a young man from a neighboring farm. Tesse and Henri moved into a tiny cottage in a corner of Henri's family farmstead. Her parents allowed her to take their best bed to her new home, leaving them with an older, smaller, less sturdy bed. Marcel decided that it was high time he presented Lisbette with a comfortable new bed on which he could enjoy restful nights. 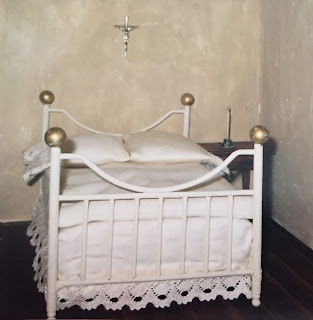 While Tesse's wedding was a joyful occasion, Lisbette was rather more overjoyed that for the first time in many years, she and Marcel would have their own bedroom instead of having their bed crowded into the main room. Lisbette took much pleasure in sewing the linens for her new bed. She dressed the bed with a feather quilt and pillows, but best of all are the lace trimmings - an unheard of luxury for a farmer's wife! 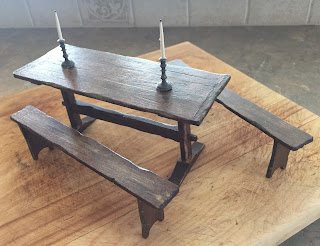 The trestle table and benches, although showing evidence of years of use, are scrubbed, oiled, and polished frequently by Lisbette and serve as a gathering place for the family at mealtimes, in addition to being used as a general work table. 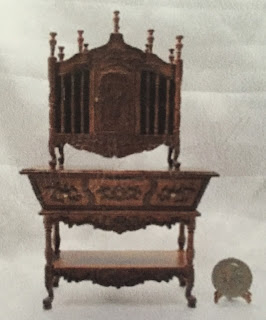 These pieces take pride of place in Lisbette's kitchen; the beautiful bread box hangs on the kitchen wall as it is intended to do, even though it has short legs. It hangs above the dough trough, which Lisbette uses more for storage than for kneading dough. 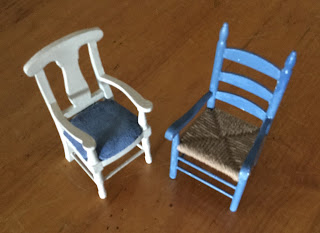 The wood chairs were so scuffed, scratched, and worn when Lisbette moved into the farmhouse as a bride that she wasted no time in asking Marcel to "please do something to make these chairs pretty!"  Marcel refinished the chairs to Lisbette's satisfaction, and she replaced the old, worn chair covering with a new one of her favorite color. Lisbette hasn't had much experience in mending rush seats; she felt fortunate that the seat of the blue chair had undergone skilled repairs while Marcel's parents lived in the house and farmed the land. 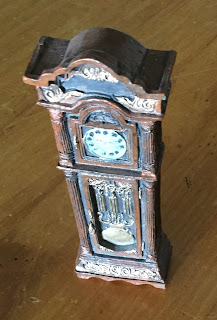 Nearly every household has a long case clock, and Lisbette is pleased that her house is no exception. The prized clock is somewhat more reliable than the sun at marking the many working hours of the day. 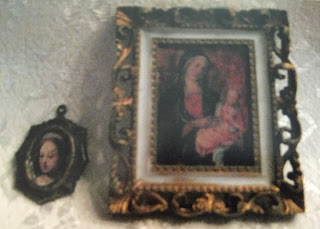 Marcel and Lisbette's farmhouse does not hold many frivolous items, but they are proud to display two religious prints. A crucifix hangs in the bedroom. 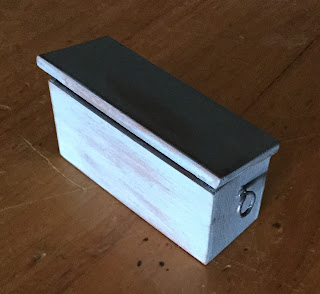 This chest was given to Etienne by his grandfather, the previous owner of the farm. It holds Etienne's few items of clothing as well as the bits and pieces that Etienne considers his treasures. 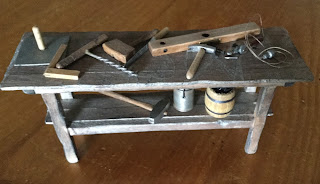 Etienne  doesn't mind that he must share his sleeping space with a work bench
and many tools that are used for various farm tasks. 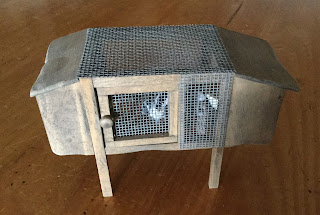 The wire-fronted hutch is presently home to two rabbits, who will prove to be temporary occupants. One is destined to be sold at market; the other's destiny involves the dinner table. 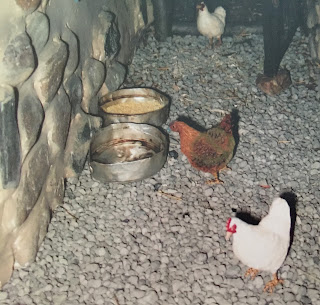 Even the feed and water containers for the chickens have been in use for so many years that they've become battered and bent; but Marcel hammers out the deepest dents and goes on using them. 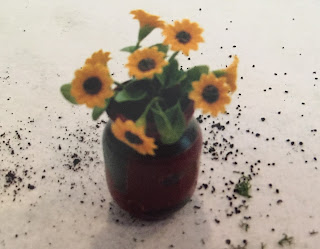 Lisbette adds color and beauty to her home whenever she can. Although her resources are few, her energy and ingenuity are boundless. 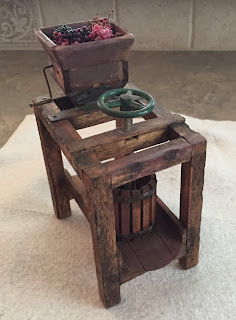 Marcel grows a limited number of grape vines on his smallholding but does not make his own wine. The old grape press squeezes the juice from the grapes; Marcel takes the juice to a nearby wine-grower, where the juice is made into wine for Marcel and his family. 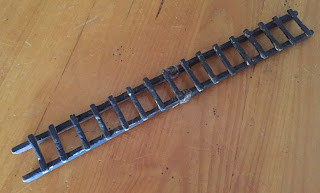 This ladder is used daily for access to the dovecote, where Marcel or Etienne cleans the floor and retrieves the pigeon droppings, which make an excellent, rich fertilizer. The ladder is much worn and much repaired but is maintained diligently so that it is as safe and sturdy now as when it first arrived at the farmhouse decades ago.

Marcel and Etienne both wear sturdy work boots while performing all their farm chores. One of Etienne's tasks is to clean the boots daily so that they'll last a long time.
Etienne declares that he would rather muck out the barn than clean the boots!


We will leave Marcel and Lisbette smiling at their son's foolishness. They must return to their numerous chores, but they have been much refreshed by their brief interlude of shared memories and
shared blessings. They are at all times mindful of their good fortune, which to many would seem no fortune at all. But Marcel and Lisbette know the true worth of their home and their happiness and count themselves among the rich.

There seems to always be ONE LAST THING to do before the farmhouse is well and truly FINISHED. Next week's post will reveal the ONE THING that remains to be done before Marcel and Lisbette invite their new acquaintances into the farmhouse for a good look around. Come see what that ONE LAST THING turns out to be!